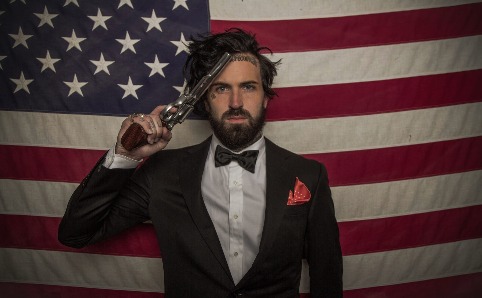 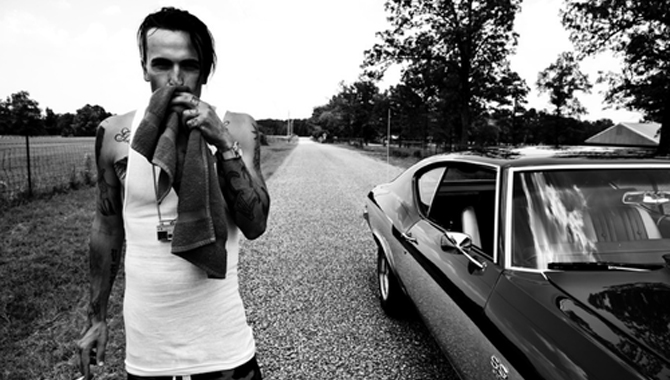 Supporting the likes of Bliss & Eso on their national tour, Yelawolf took to the Metro theater stage solo last night – armed with a case of VB and a straight out of Alabama attitude.

In true Yelawolf style, it seemed only fitting that the supporting act would look like someone that just came out of a trailer park – a teenage looking guy with nappy light brown hair, silver hooped nose ring, red and black flannelette shirt buttoned up to the top, one hand holding a mic and the other with a stubby of beer.

Not long after he finished his set, the southern roadies swarmed the stage and briskly began to set up all of the equipment for Yela – mind you all they had was a DJ deck and a mic. May seem quite minimal, but as Yelawolf took the stage – that was all he needed.

Shirtless, tattooed, shades covering his eyes and grills on his teeth – Yelawolf showed why he is a force to be reckoned with in the new evolution of the hip hop industry. Starting the show with Catfish Billy and Trunk Muzik, his lyrical delivery blasted out of gates and showed why he is the next big thing to come out of the South. Yelawolf‘s flow, rhythm and skill is unarguable – the man is deadly talented. His quick witted and fast paced words were as clear as if they were remastered in the studio.

Not only this, but what we came to discover is that Yelawolf isn’t like most other hip hop artists these days that come out to our city and perform. There were no lengthy rehearsed stories in between each track, no hype man or posse full of rowdy clowns and no over zealous entrance to the stage. In true hip hop style, all we had was a heavy beat, the man and his fans – and that’s the way it should be.

The only time he took a breather was when he needed a beer – in a typical Southern style. He walks over to the DJ deck, takes a stubby of VB from the case, smiles, holds it up to the crowd and simply says ‘I love this shit’. The crowd then erupts with the standard Aussie chant of  ‘Here’s to Yela he’s true blue, he’s a pisspot through and through, he’s a bastard so they say, he tried to go to heaven but he went the wrong way…’ and in true Aussie style he chugged that beer down, down, down. Australian initiation completed.

The track list consisted of some of his killer creations such as Good to Go, Pop the Trunk, Daddy’s Lambo and I Just Want to Party. Crystal Meth was meant to be performed by a random audience member that Yelawolf pulled up onto the stage, but as the guy buckled after two bars, he got kicked off the stage and Yelawolf showed him how it’s done.

There’s nothing better than a show that isn’t over the top. The crowd size was perfect in comparison to the venue, the supporting act fitted the vibe of the night and everything was in sync with eachother – leaving nothing to be classified as under par. From our eyes, there was no let down with the show. Shady Records for what they have done with this lyrical mastermind. After the show that Stash got to witness last night, all we can say is ‘Slumerican …Mate’.

Previous Article Insight: 5 Songs To Change Your Opinion of Hip Hop (Part 2): The Philogynist Edition
Next Article Can I Kick It? | Air Jordan III - Fire Red
×