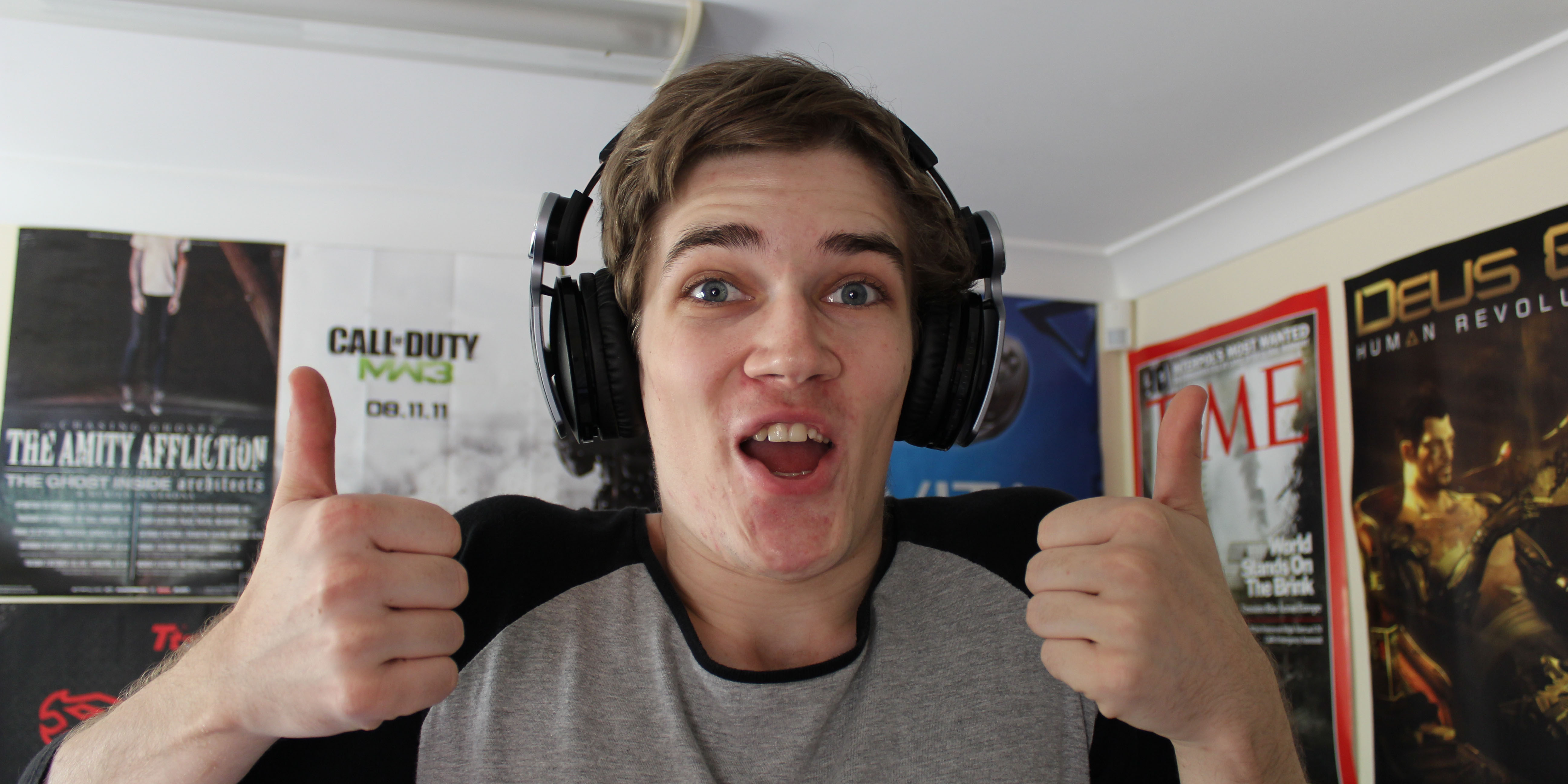 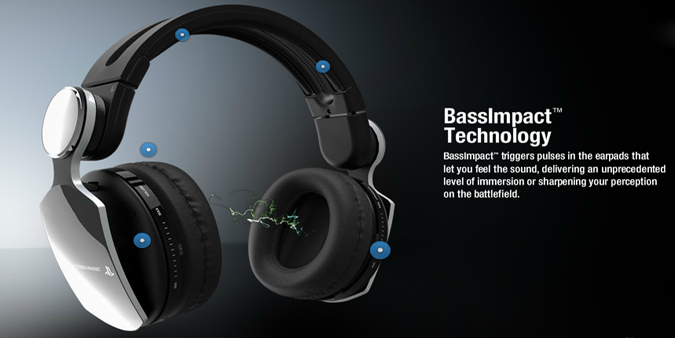 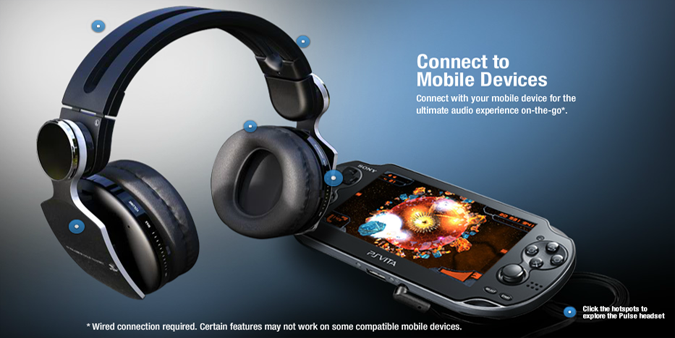 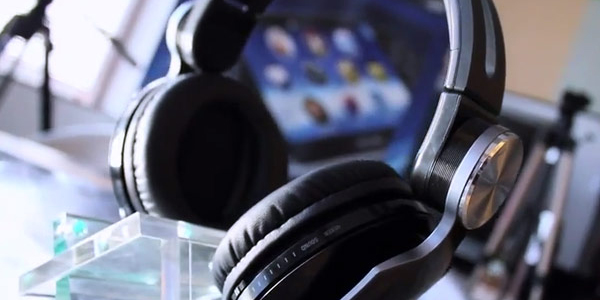 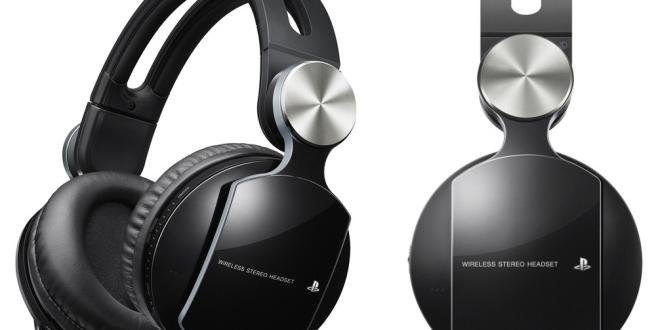 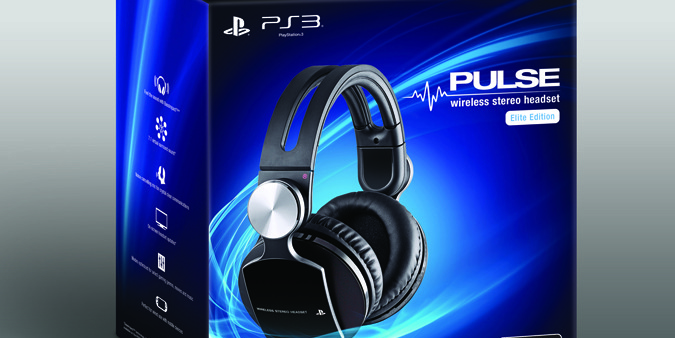 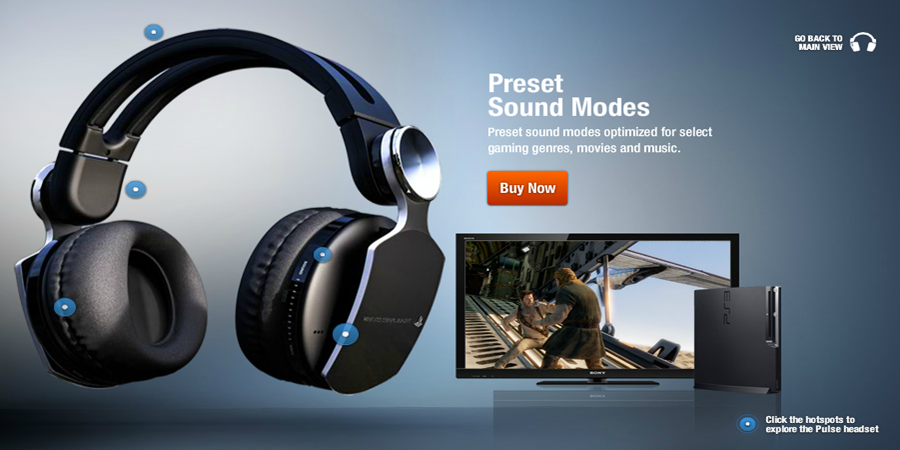 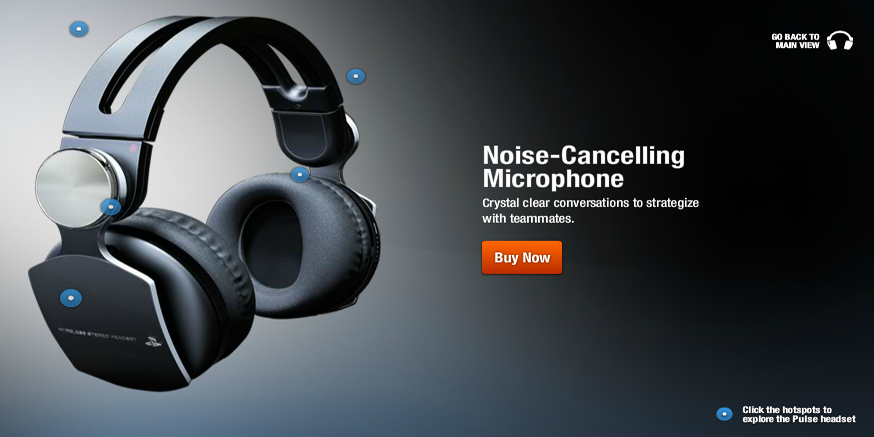 The PS3 has seen its fair share of useful accessories over the years. With Bluetooth keyboards, microphones, cameras and motion controllers, the console has been expanded a great deal since it’s launch.

Much like the 2011 model, the Pulse works alongside a USB 2.0 dongle, which operates without any need for installation (on PC as well if you wish).  Plugging in the USB and powering on the headset will connect everything in as little as three-to-four seconds.

Much like the previous Pulse sports 7.1 virtual surround sound headset, it’s ridiculously easy to focus on enemy footsteps in Battlefield, or feel how close an opposing racer is in Grand Turismo 5 (more on why I used the word “feel” later).  While it’s not true surround sound, the technology is utilised really well, and gets you a lot more immersed in a game.  Sound quality is no better nor worse than the previous model, but it’s good to see consistency across the PS3 accessories.

With a completely revamped design, the headset is now a lot skinnier on top, looking more like a headset that you can use out in public. The microphone is now built into the left side of the headset, making it a lot less bulky and eliminating a piece that was a potentially breakable on it’s predecessor.  The microphone quality however doesn’t seem up to scratch with the earlier model, which is unfortunate for those who really favour voice quality in game, as opposed to hearing every piece of gravel shifting under their battle-scarred boots.

While the new design does look less cumbersome, it is actually heavier than before.  Stronger materials and thicker plastic add some weight to the headset, and with thinner padding on the top of the headset, it does at times cause some slight discomfort.

With all the carried over features listed, let’s talk improvements.  The Pulse stereo headset is made with much stronger material, and now has a 3.5mm headphone jack next to the micro USB charger port, on the left ear piece.  This provides the ability to use the headset as a standard set of headphones.  There’s no battery power required, just plug and play. The USB is also built with a 3.5mm input, so whatever you plug into the USB (whilst plugged into a USB port) will be streamed wirelessly to the headset when it is powered on.

The headset also comes with an audio EQ button. When pressed, the headset cycles through six different audio EQ levels for different listening experiences.  Game, music, movie, shooter, fighter and racing, each setting is adjusted to their according title, and make for some subtle, but welcome, changes to sound.

This next feature however, brings a whole new meaning to “feeling the bass.” Inside each of the earpads on the headset, are a set of vibrating panels.  When a strong enough bass sound is sent through the headset, these panels pulse or vibrate to this bass.  This feature, when activated with the slider on the right ear piece, creates one of the most immersive home gaming experiences I have ever had the pleasure of taking part in.

Every explosion, every collision, every gunshot, every guitar breakdown or bass drop is felt through the padded headset and coupled with the 7.1 virtual surround sound, really throws you right into the game.  This setting is a huge benefit for in-depth gaming, however I have found that turning the pulse feedback all the way up is more of a distraction, and around about ¾ of the power is the optimum level.

For an affordable surround sound gaming experience without the hassle of wires (on both PS3 and PC) the PS3 Pulse wireless stereo headset really is one of the best console accessories you can invest in on the market today.  At around $150-$160 on the Australian market, this is the perfect price point for the casual-to-hardcore gamer who wants to improve on their gaming audio without breaking the bank.