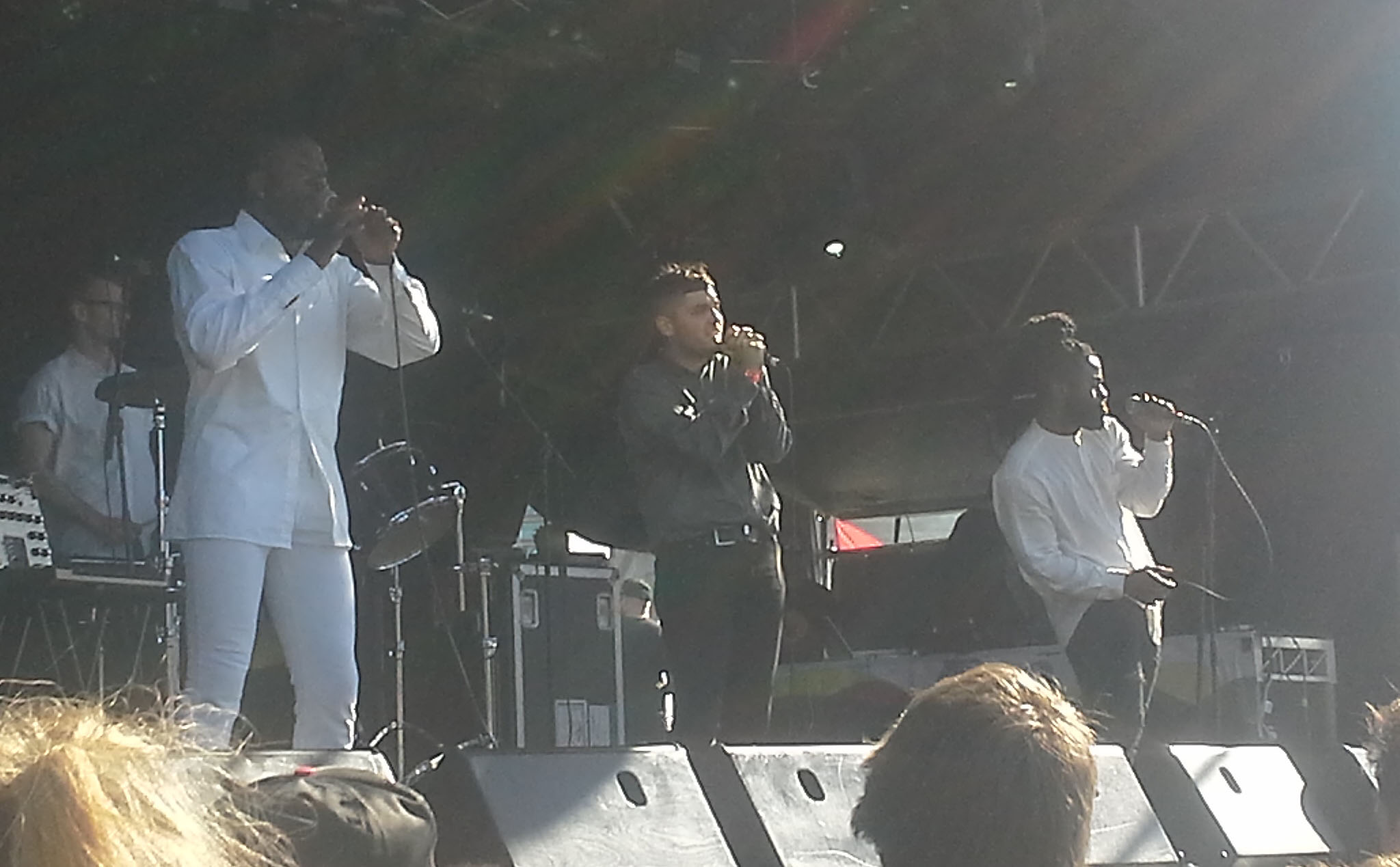 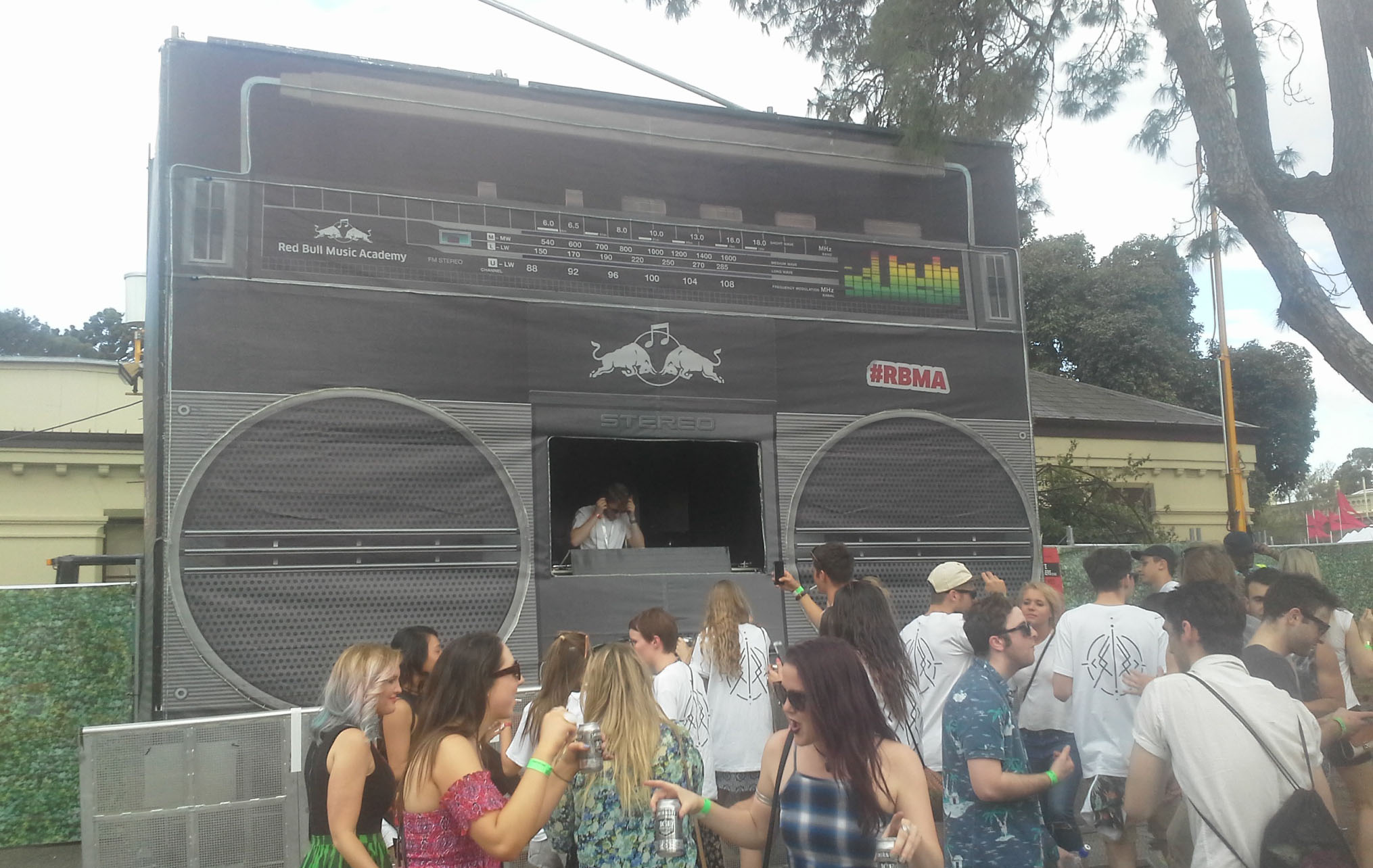 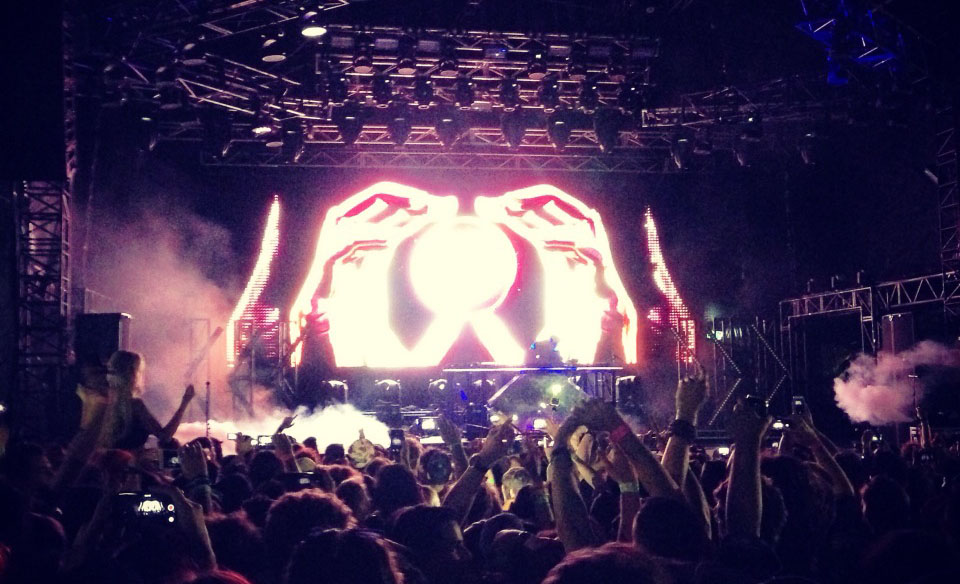 We couldn’t have been blessed with a better slice of Melbourne weather last weekend and especially on Saturday where I attended my first music festival in what seemed like a decade. But seriously, regardless of whether it was raining cat poo, I’d still have headed out to what was my first Listen Out festival.

Nestled amongst the gum trees of the Royal Botanical Gardens the sold out event attracted a very good looking crowd of festival hungry punters ready to wild out at three stages of hip music.

After a quick tour of my home for the next six hours I checked out Young Fathers who I thought were fab. Switching between Gospel, electro and dare I say quiet storm, the crew’s exuberance was exemplified thanks to the state of the drummer’s cymbals (let’s just say they had to be replaced a few times).

I felt quite at home at the Crate Diggers stage although it was not so much a stage but an oversized makeshift ghetto blaster complete with giant antenna where DJs played a variety of genres from UK Garage to 90s R&B. Matt Radovich dropped a collection of old school breaks, west coast hip hop and booty bass which I was very much digging but where was the dance floor?! Do you expect people to dance let alone break on unlevelled cement – no!

English electro group Bondax graced the ATARI stage with a small backing band to deliver some very smooth funky R&B vibes. The alternating male and female vocal components provided the day with a departure from the large sum of DJs and tech influenced acts.

The highlight of the day for me was London based duo Snakehips whom I was uncertain whether to give the nod to over our own Chet Faker, however I’m glad I caved and chose the former. The two spliced together a mix of their own snazzy remixes with some taken right out of an ‘80s funk club. Thanks to the relative sparse dance floor of the 909 stage I was able to move my ass more freely.

One thing that did piss me off was the amount of rude cunts. If only I had a buck for the amount of elbows to the ribs with the force of Hulk Hogan I sustained (without a sorry). I blame the youth of today’s cavalier attitude and age of entitlement, sigh.. which leads me to this..

5. High fives. Call me an old grump but sometimes it can feel rather condescending.
4. People spilling their beer on me especially on my glasses. Sorry mate but if you can’t handle holding two beers maybe you should just pay the price and line up twice.
3. Posers! Is this a music festival or a model walkway?
2. Line-up clashes. Hard to avoid sometimes but worse when sets are not staggered.
1. Crushing my toes after obstructing my view. Hey, Goliath with the Kanye T-Shirt thanks for destroying my phalanges while managing to stand in front of the shortest guy within a square kilometre.

Another downer was the lack of proper lighting in high traffic corridors and not enough food options. By 5pm it was already difficult to move around, even for a nimble minx such as myself, so after a few sums, I calculated that the event was most likely over sold a few 1000 tickets. Thankfully I was granted access to the VIP area which was a slight reprieve, it also gave me the opportunity to watch people suck at table tennis (one nice perk I will admit).

One thing I still don’t get about music festivals – why wait in line for half an hour for an overpriced beer when there is dancing to be done. So with that, to all the stupid people, no, I did not drink any alcohol, I don’t carry drugs, yes I go to festivals on my own and yes, I am ok with that.

These things aside, the day wasn’t a nightmare. The festival featured several decent DJ acts including Shlomo, Yahtzel, Totally Enormous Extinct Dinosaurs and Four Tet all whom I got down to. 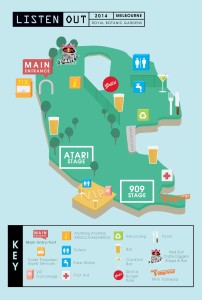 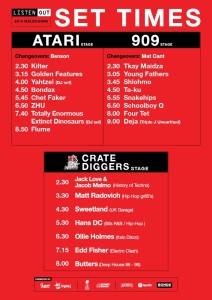 Zhu put on quite a theatrical visual display and the vibe was rather electric however people completely lost their shit when Schoolboy Q dropped Collard Greens. Flume brought an end to the night’s festivities with massive background stage imagery and his own amazing musical concoctions.

The Listen Out festival was a great opportunity to watch some more niche acts on a big stage and with less household names to dumb down the experience. So if you are sick and tired of seeing The Killers or Cut Copy in a lineup you’d dig the next one.