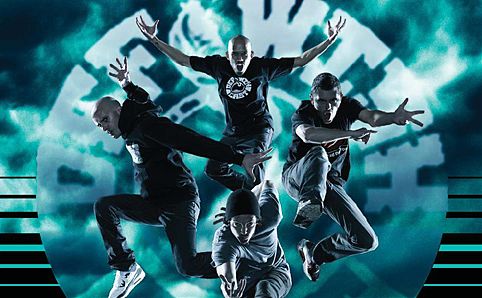 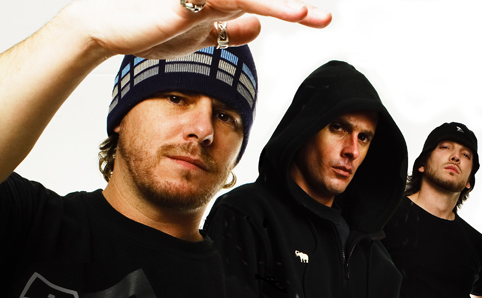 On this freezing cold Saturday night there appears to be a fairly limited amount of heads down here. Surprising so, particularly for a group like Def Wish Cast who have been around for yonks. Having no live acts supporting, we are treated to the sounds of DJs such as Peril and King Excel on the decks. 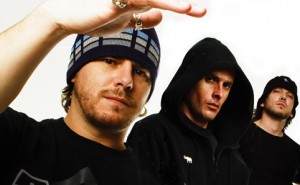 Towards midnight the guys take to the stage – all wearing matching blue and white tracksuits. They ooze energy and charisma as they rapidly burst into songs showcasing both the unity of the group, as well as the rapid delivery of Def Wish as he rhymes in his distinctive triple-time flow. It wasn’t long before we were treated to the sounds of classics like Allstars, as well as their seminal 1993 hit AUST.

The show also featured special guest appearances from Celsius and Killawattz, both by themselves and in collaboration with Sereck. Murda 1 is also a standout member with his very consistent cuts and technical ability on the decks. The other element of the show is Thomas Rock, who makes an appearance about two thirds of the way in. This is a very significant inclusion, because it allows them to add the use of a vocoder which assists the creation of their old-school sound. The vocoder is brilliantly executed and combines aggressive, rapid rhyming with melodic vocals and electro sounds, further making their sound all the more distinctive and unique.

This is the perfect segue to lead into tracks from the new album including title track Evolution Machine. Rock has plenty of fun with this, as the tracks use of the instrument is very

blatant and the entire chorus of the song is dependent on it. They continue on playing to the very enthusiastic crowd a few more selections from the new album, finishing off with the KRS-ONE sampled Forever. Def Wish Cast has been under-rated for many year but their live shows are never to be questioned. Their charisma and energy speaks for itself and their ability to rock a crowd is especially evident for any audience member.

Def Wish Cast proved they’ve still got it after 20 years.