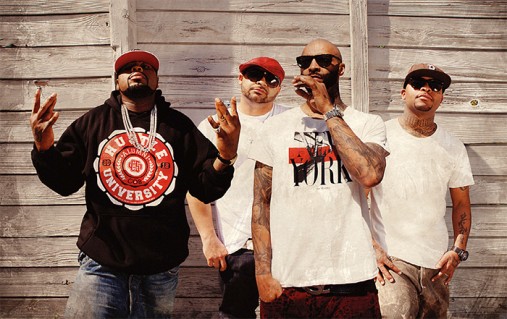 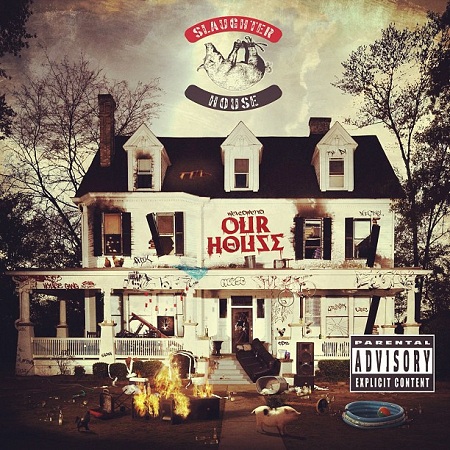 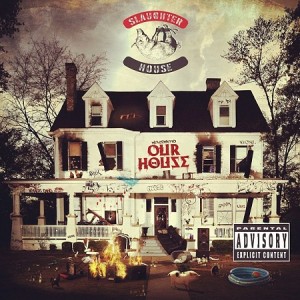 A thought recently came to me: are rap groups a thing of the past? Yes, we do still have those which have endured with longevity such as Wu Tang, The Roots and De La Soul, but over time the formation of rap groups (like girl bands such as One Direction) have mostly gone in the way of the dodo. Alright, I’ll grant OFWGKTA the concession. Slaughterhouse though, still has the feeling of being not a group but a collaboration of four emcees (Royce Da 5’9”, Joe Budden, Crooked I and Joell Ortiz) who have been dealt a shitty hand in the past by record labels, and teamed up to enter a new phase in each one’s respective career, almost as a fight-or-flight method so as to avoid fading into obscurity. And now they have returned for Round 2, with Welcome to our House.

What made their eponymous 2009 debut pleasant to the ear was that to counteract each emcee’s intensity in their lyrics and delivery was grandiose, soul-charged production; some groove to the gruff, if you will. And as a result each song felt like a solid team effort, if not a fucking entertaining cipher.

The production on Welcome to Our House is grittier, which does fit in with Slaughterhouse’s collective persona, and this could very well be attributed to Eminem being the executive producer for the album. But when the production is not taken in the direction of sounding like carnival sideshow (hear Coffin), it is an attempt to make it as horrorcore as possible, and it ultimately falls flat, even going so far as to feel derivative not even of Em’s earlier (i.e. better) works, but more so of Tech N9ne’s (very solid) latest releases. It’s in the drums, which at various points feel as if they’re simply being delayed and overlapped, making a whole mess of a beat. And if it’s not all in the drums, it’s little to even less anywhere else.

Come 2012, we’re still in the “go hard” headspace, where the quantity of times you spit something aggressive is prioritised over the quality. But even the punchlines are flatter, fewer, and further between; and worst of all, predictable. The flows too are not as varied as they were on the debut either, and you’d be hard-pressed to find much beyond the occasional speed-rapping for a few bars or so.

And oh, the magnum opus that this crap beholds is Hammer Dance. This artefact of modern music is exemplary of the very kind of song that gets used in parodies of hip hop, and it would with a chorus like: “I’m in the club, bottle in hand, doin’ my two-step/While I got my gun in my pants, call it the Hammer Dance/Uh, bitches dancin’ on a nigga, when they feel the gun/ I tell ‘em we doin’ the Hammer Dance”. It really does sound less ridiculous if you do it in a Michael Caine or Kelsey Grammer voice.

No, this has not been a comparison between Slaughterhouse and Welcome to our House. But when hearing the debut and being pleased with it, your expectations of Slaughterhouse get raised. As for who is the best on this? Let me put it this way: Crooked I is more crooked, Royce Da 5’9” is even shorter, Joe Budden is just budding along, and Joell? Oh well. It’s just painful if you’ve heard anything else from any one of these otherwise venomous emcees. The only purpose this serves is being your soundtrack if you still subscribe to the notion of mean-mugging as a method of proving your self-worth.

You may also want to have a peek at these reviews: Kendrick Lamar, Illy, Nas.