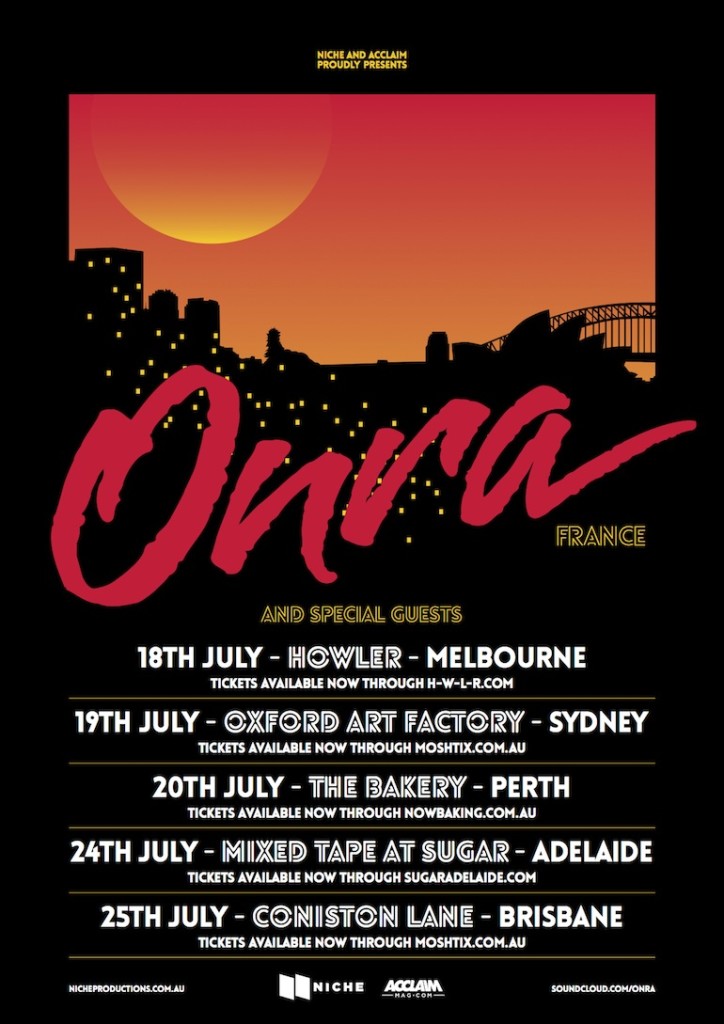 Never leaning on just one genre, Onra is perhaps best known for his 2010 album Long Distance, which, stylistically was followed up by the Deep In The Night EP for A-Trak’s Fools Gold label. A delicious blend of 70s Funk and 80s Boogie and Soul, all with his own inimitable sample crunching and def beats.

Another feather in Onra’s cap is his Chinoiseries, which owes as much to his love of classic Hip Hop (think Rza’s Samurai addiction) as it does to his own Vietnamese roots. 2011’s Chinoiseries 2 was released by All City Records and stands as one of the finest documents in the instrumental Hip Hop realm of the last few years due to its immense diversity (both culturally and sonically).

Most recently, Onra teamed up with frequent collaborator Boddhi Satva for the Yatha Bhuta Jazz Combo project: not meant for the club, purely for the open minds and ears of listeners familiar with the spiritual Jazz of Alice Coltrane or Sun Ra.

Onra’s live show features a range of hardware, gear and special surprises, eschewing the trend of heads-down and very much performance-less laptops, making him very unique on the scene as well as a favourite of more traditional or purist Hip Hop heads.

Don’t miss Onra as he comes back through Australia, warming up winter and busting heads from coast to coast.