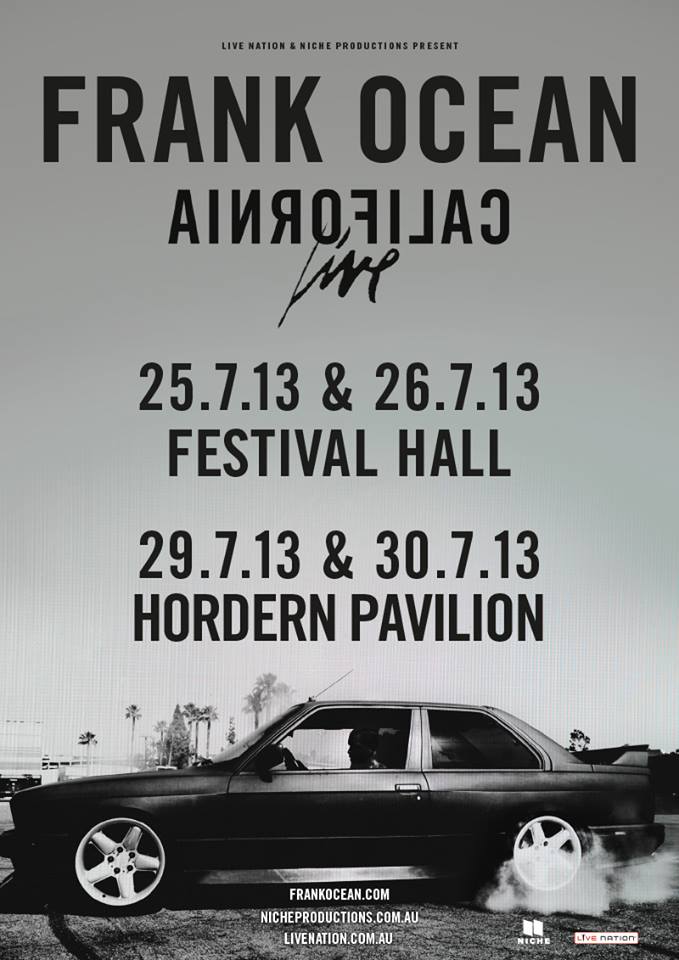 Following his Sydney and Melbourne headline Splendour sideshows selling out in mere minutes, to satisfy the continued ticket demand Frank Ocean has confirmed a second and final Sydney show on TUESDAY JULY 16, 2013.

Tour Dates are as follows: